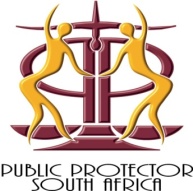 If it is more than 2 years since you first became aware of the problem, please give reasons why you did not complain to the Office of Public Protector earlier.

The Magistrates Court of Ubombo

c No, We correspond on court days.

(Please indicate any file or reference numbers and relevant dates)

2.8 Did you report this matter to any other government agency? (E.g. Police, ICD, the Presidential Hotline, etc) c Yes

If yes, what was the result?

We have been violated on at least 12 rules of the Constitution of South Africa and no one seems to care about that.

The conditions of that prison are horrendous and it is a violation of Her dignity. She is detained with criminals. She is being harassed. She has been assaulted. She is not made for that as She is highly civilised. All She needs is a simple stamp in Her passport. We have gone to every length just for that. The immigration act states that there is a simplified procedure especially for people of her intellect and the staff at DHA should be aware of it. She is not a criminal but she is treated as one at present. She has been through enough and so have I!

The blog of Enki and Inanna.